The passage centres around the Word being God and the exciting thing about this is that it’s not only about God but is directly aimed at involving us today as it was the people of the time.

We need come to terms with His invisibility and yet recognise His grace and presence in our lives at all times, all places and at all levels.

Life is not an ongoing picnic or a holiday but it certainly is a journey and wherever we go, God is camping with us all along the way.

1 God may be invisible

2 but we can see Him in Jesus

3 who lives among us

4 and pours out grace – all we have to do is accept.

So then…This passage quite clearly tells us that the Word became flesh The word was God. God is Jesus. Jesus is Flesh/human. “Therefore God is Flesh/Human”.

How simple can it be?

But hang on, if God is human then why can’t we see him? Verse 18 even says that nobody has ever seen God.

In Genesis, Jacob said, “I have seen the face of God” and there are other passages that mention someone seeing God. Did he actually see God?

The reason I question this is that in Exodus 33:20 God said to Moses, “But you may not look directly at my face for no one shall see me and live”- God goes on to allow Moses to see his reflected Glory as He passes Moses by shielded behind some rocks.

For Jacob and for Moses, this is a spiritual seeing of the face of God (“theophany”)

How can God be invisible? Is He actually invisible or is it just looking like something we don’t recognise as God?

In my very much younger days I had an intense interest in insects. Anything that crawled, flew, slithered, stung or bit I was there. I wasn’t just a passive observer. No I had to be scientific and while admiring the beauty, form and function of myriad beetles, bees and butterflies I would not hesitate to prod, pull and dissect anything within reach just to see how it worked and what it looked like inside and out.

(I wouldn’t condone this behaviour today!!)
So, I am fully acquainted with the insides of a freshly created chrysalis. Now inside a chrysalis is taking place at breakneck speed a miraculous and totally spellbinding transformation from caterpillar to beautiful butterfly (or drab moth). You know this is inside the chrysalis but in the early stages is you cut one of these open (you’ll have to take it from me) it is a homogenous mass of sticky goo. 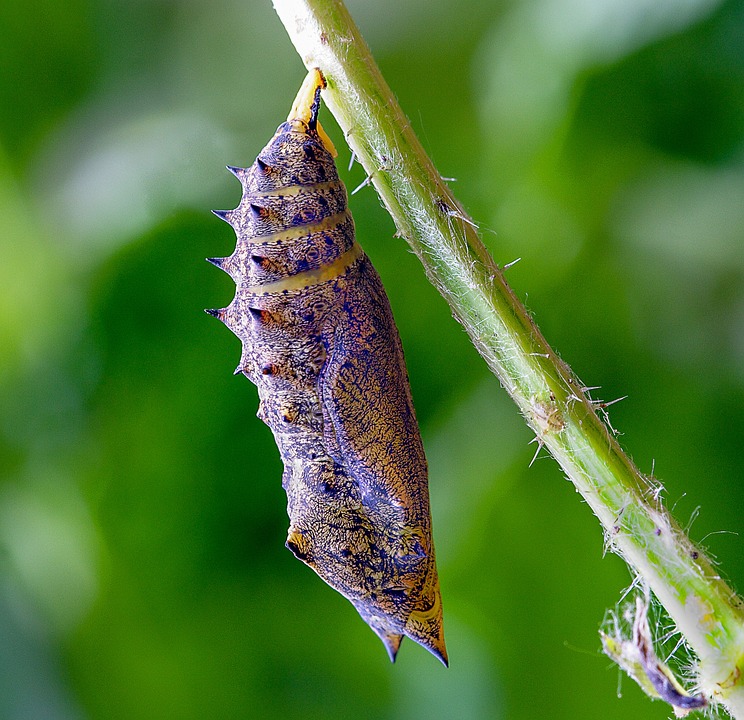 Now to return to the point of invisibility. You can describe this mess however you like but there is absolutely no denying that this is actually a butterfly- you know this because that is what it is destined to be. The butterfly is not invisible, it’s just not what we expect to see and bears no resemblance to a butterfly, but on this evidence, would we be justified in saying that the butterfly doesn’t exist?

In 1961 Yuri Gagarin, the first Russian Cosmonaut said while looking into infinite space “I don’t see any God out here”.

Don’t you think it would have been more accurate if he had said “I don’t recognise God out here”.

So when John says in verse 18: “No one has ever seen God,” he poses a problem. If you can’t see him, how can you know him?

That’s the first of the four things we need to grasp: God is invisible

Verse 14 says, “And the Word became Human (flesh) and dwelt among us.”

This is a pivotal part of the reading, if not of the whole of John’s Gospel.

This “word” (God) “became human and dwelt among us.”

The Greek word for “dwelt” here is eskenosen, literally “tabernacled”.

This word may sound strange to us but it was quite familiar to Jewish readers. During their wanderings in the wilderness, their long search for the promised land, God had commanded the Israelites to build the tabernacle.

It was an elaborate tent which served as the symbol of God’s presence, wherever the people found themselves (Exodus 25-27).

They carried that big tent, that visible reminder of his presence, with them wherever they went and whatever dangers they faced. And as we know, they felt the presence of God in the “Holy of Holies”- the inner tent if you like, where God was “tabernacled”

When we think of a tent we normally think of a temporary dwelling. But as we know, the Israelites lived in tents throughout their wanderings and beyond. This was no temporary accommodation but a moveable home which gave security that travelled with them through thick and thin.

The idea of God being in your tent or being in the next tent to you at all times is a powerful affirmation of His continued presence in our lives.

This tells us that God wants to be on familiar terms with us. He wants to be close. He wants a lot of interaction. God dwells with us, he is TABERNACLED with us.

If anybody moves into your town and builds a huge palace with a wall around it, it says one thing about their desire to be with the people. 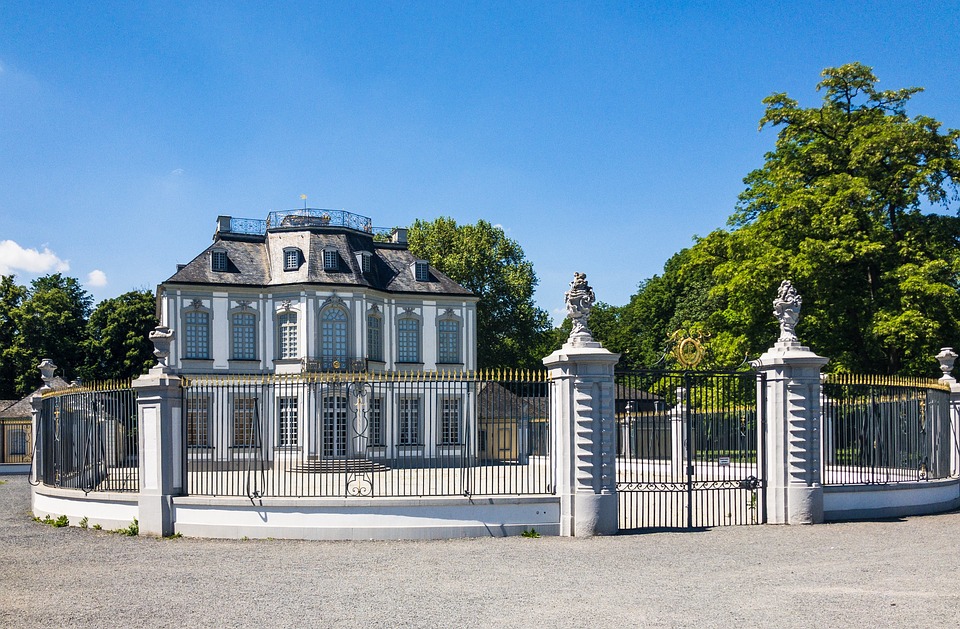 IN JESUS WE SEE GOD

“And the Word became flesh and made His home among us, full of grace and truth (also called “unfailing love and faithfulness” in some versions); we have seen His glory, the glory of the Father’s one and only son””

The word “glory” means “brightness” or “splendour.” When it is used of a person, glory has to do with how a person appears to others, suggesting a character that is attractive and honourable. In Jewish thinking a son was to replicate the character of his father, thereby honouring the father and showing the son himself to be honourable.

God wants to be seen and known in His son. God was honoured by His son being honourable.

He has actually come and pitched his tent with us and is asking us to watch him and get to know him in the person of his Son Jesus. When you watch Jesus in action, you watch God in action. When you hear Jesus teach, you hear God teach. When you come to know what Jesus is like, you know what God is like.

But still we find ourselves asking “What is God really like?” And by this we are expecting a clear definitive answer. Something we can measure, quantify, write down and/or visualise.

BUT THIS IS MISSING THE POINT!

John is very clear that what we should see is the glory of God’s grace and truth. Verse 14:

“The Word became flesh and dwelt among us; we have beheld his glory, glory as of the only begotten from the Father, full of grace and truth.”

Then John repeats this in verse 17, “The law was given through Moses, but God’s grace and truth came through Jesus Christ.”

The point is this: the essence of what God reveals about himself in Jesus is:

God is truth. God is reality. And that is what we see in Jesus. He is the way, the truth, and the life.

And that’s the capstone of his glory. It is His glory that we see. It is his unfailing love and faithfulness (grace and truth)

I think an enormous challenge for us as it was for the wandering Israelites is to realise that God cannot be SEEN by us. We can recognise truth, grace, glory, love and so on but try to draw a picture? No way.

Throughout history, people have a habit of not recognising, and even blatantly ignoring God.

The Bible is full of this; in the Old Testament, it happens when the Israelites repeatedly turn to idols and worship other gods- Aaron builds a golden calf for the people to worship, saying it was this that rescued them from slavery out of Egypt.

It happens when God sends His own son, and the religious leaders of the day are so threatened by change and loss of power (despite Jesus’ coming having been predicted in their own writings) that they kill him.

So, God’s people, and the people of the world, don’t always recognize their God when he works in the world.

Instead of coming as a king he comes as a refugee baby.

Instead of conquering the Roman Empire, he allows himself to be crucified by them.

The things of the self.

We know all these things about God. We don’t need to “see” Him at all but what we desperately need to recognise is His grace.

So what do we do with this? Verse 16 gives the answer:

“From His fullness we have all received one grace upon grace”

In other words, God/Jesus came not just to show us grace but to give us grace; and we must receive it.

It’s no good just knowing about his truth and grace, he wants you to acknowledge it, believe in it, experience it and receive it.

God will give you the surest ever foundation of reality and truth to base your life upon.

He wants to give you grace to take away your guilt, forgive sins (ALL OF THEM!!); give you strength and a clean conscience and fill you with peace.

THAT is the meaning of His grace and is why He pitched his tent among us all.

He is with us always but let’s not take His grace for granted.

Don’t waste this grace. If you are distracted by the world and cloaked in self reliance it is hard to accept boundless grace from another. But you MUST receive His grace. Embrace it for what it really is. And let it fill your heart with everlasting joy.

Jesus died on the cross and in the very moment of His death, the curtain/ veil was torn (Jewish tradition has this being 60 foot high & 4 inches thick!!), and as it says in Acts 17:24, God moved out of that place never again to dwell in a temple made with human hands.

God has left the building and come camping with us!!

Our Church Hall is a popular venue for a wide range of community activities and is available to hire. To find out more contact Alison Glover, email allsaintshallbookings@gmail.com or telephone Monday-Thursday 9am-12 noon, 02476 402006.